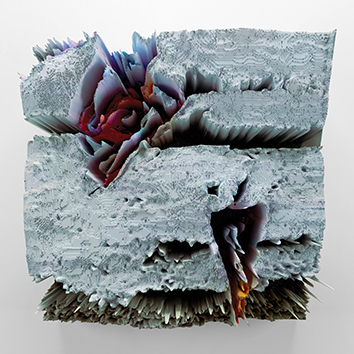 An exhibition with Michael Salu.

Similar to the technological and philosophical advancements of the enlightenment period and the industrial revolution, the digital age, founded in data and code, utilizes other cultures as resources to fuel its autonomous thinking but overlooks their schools of thought.

Similar to the technological and philosophical advancements of the enlightenment period and the industrial revolution, the digital age, founded in data and code, utilizes other cultures as resources to fuel its autonomous thinking but overlooks their schools of thought. Yet the relationship between Western and non-Western cultures, as well as the relationship between the physical and the digital world, is not of full detachment but complex exchange and dependence. In this area of tension, a constant back and forth translation between the two realms takes place, and the artist Michael Salu represents this complex process. The British-born Nigerian, who grew up between two cultures, investigates the ideological overlaps, that get lost or inadequately passed on in translation.

Take the concept of time as one example: In the Yoruba tradition (the culture of Michael Salu’s origin in Nigeria), time has always been understood differently to the Western tradition. It is continuous, non-linear, and not measured in typically human entities such as life and death. The ancient philosophy therefore does not see life as something that ends with death but as a continuum. One can find parallels in the recently emerging philosophical movement of transhumanism in Western culture, which predicts and advocates the enhancement of the human condition by developing sophisticated technologies that could greatly enhance our longevity and cognitive abilities. Despite the apparent similarities, ideas such as the Yoruba concept of time are suppressed and silently assimilated in the dominant discourse about transhumanism. What will happen if non-western cultures continue to be underrepresented and overlooked as we use our intelligence to build our increasingly digitized world? The translation that happens between the realms - sometimes only in one direction or only inadequately in both directions - is significant to Salu’s artistic research.

Time weaves into another aspect of this area of tension, the extraction of resources from regions such as West Africa. The exhibition's title “RED EARTH” refers to the red clay earth dominant in the landscape of southern Nigeria. This type of clay is of little economical use unless it is, through a number of ancient processes, transformed into nutritious soil on which one can grow crops and sustain life. The eventual profiteer of this transformation are dominant economies that makes use of these resources (be they oil, metals, human labor or data) to further enhance the technology that forms the basis of the growing virtual world. The latter is dominated by Western thought and has not been structurally setup to consider non-Western culture. The transformation of the red clay into nutritious soil therefore becomes both a metaphor as well as a real example of the faulty translation and technological exchange happening between the universalized Western culture and non-Western culture.

The Yoruba language, traditionally strong with physical expression, uses physical objects such as totems made from the red clay earth to communicate ideas. Salu asks how the physical aspects of the Yoruba language can be represented and translated effectively in digital languages, such as code, that form the architecture of the virtual world. In RED EARTH, Salu conceptually translates between the Yoruba language and code.

The exhibition integrates different mediums such as photography, prose, code to image and textile to explore the idea of translation between the physical and the virtual, as well as the breaking points between Yoruba and Western culture. RED EARTH begins with a series of photographs taken just before and during Covid, inspiring an original book-length work of prose that examines the different cultural understandings of time, space, language and morality.

This prose forms the central panel of this project. Furthermore, machine learning is used in a controlled manner to translate pieces of this work of prose written by Salu, into a visual data that he then uses to manually create virtual sculptures, referencing traditional Yoruba totems of thought. Lastly, a Yoruba textile called Așǫ Oke was tailor-made and hand-woven in Nigeria especially for this exhibition. It depicts a network analysis from the same work of prose, using a deep learning model that can locate patterns within this prose. This exhibition piece translates three eras of technology. 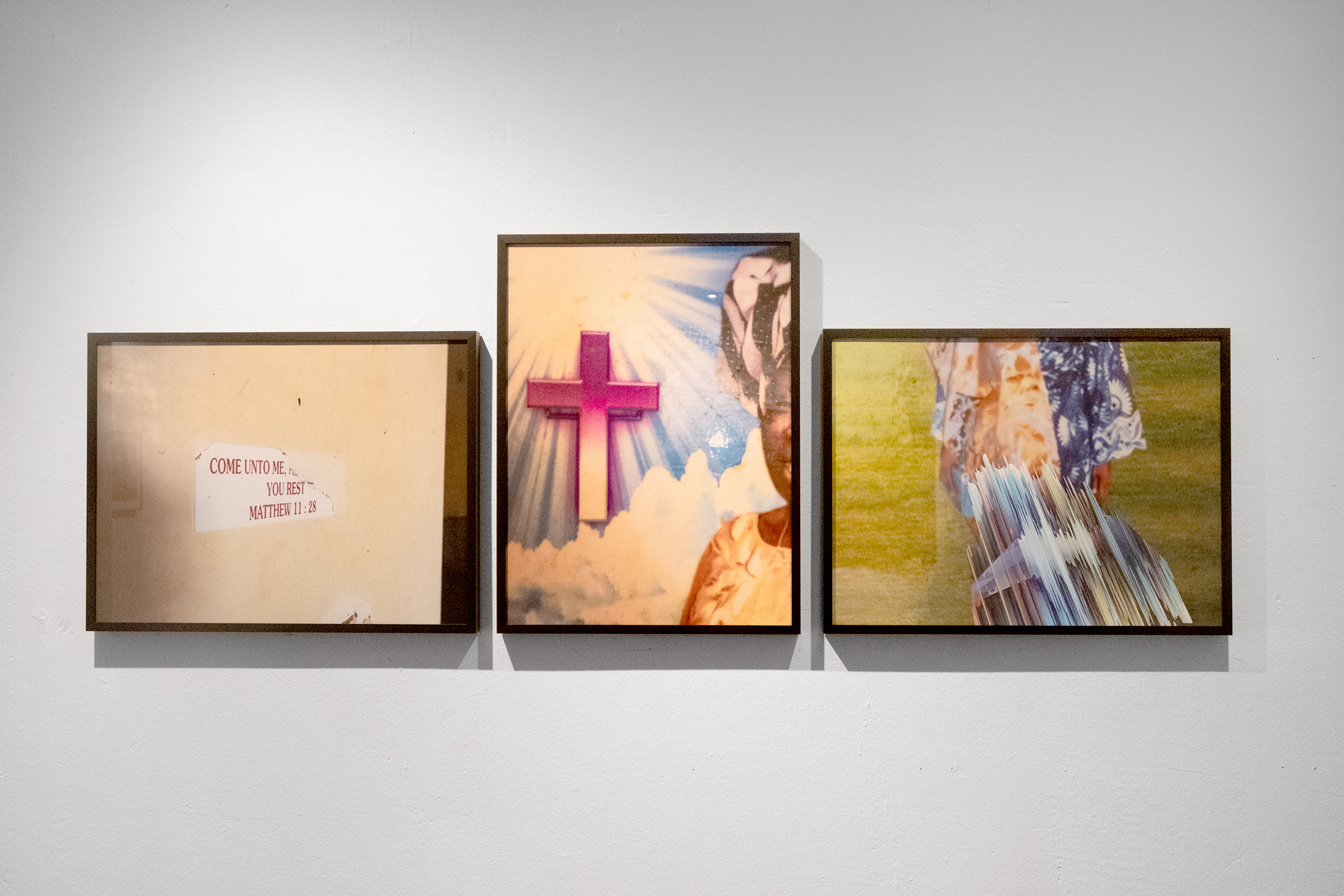 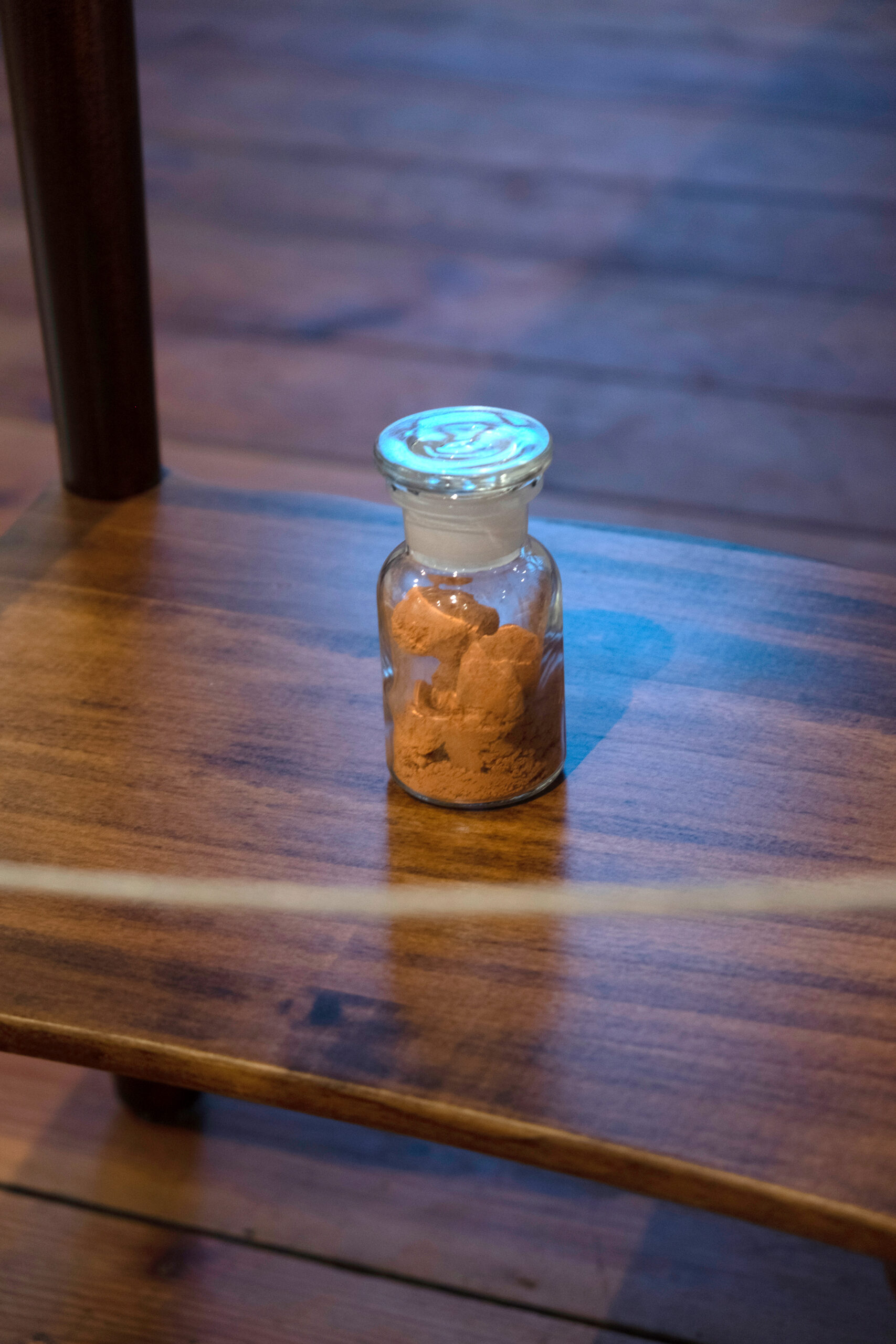 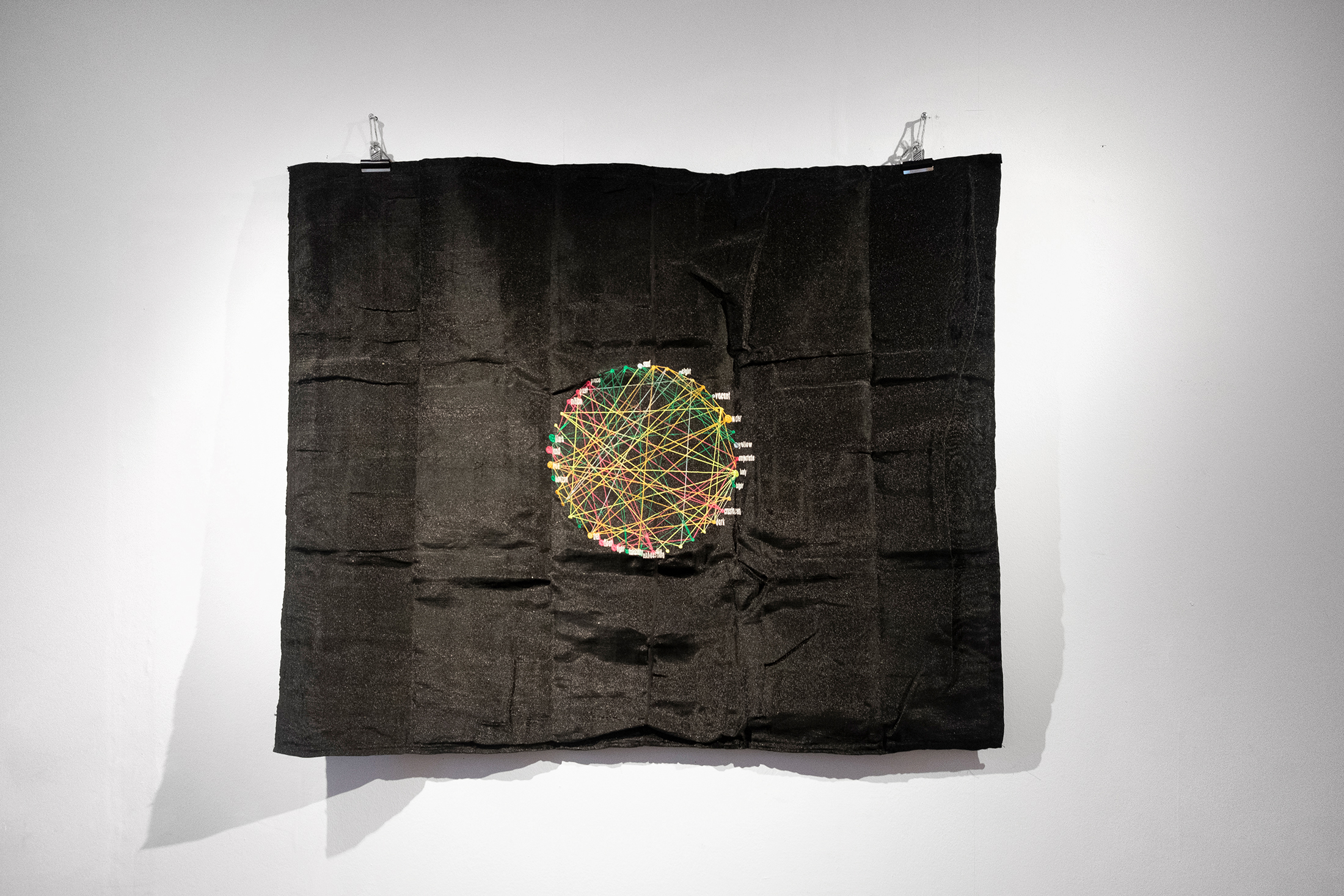 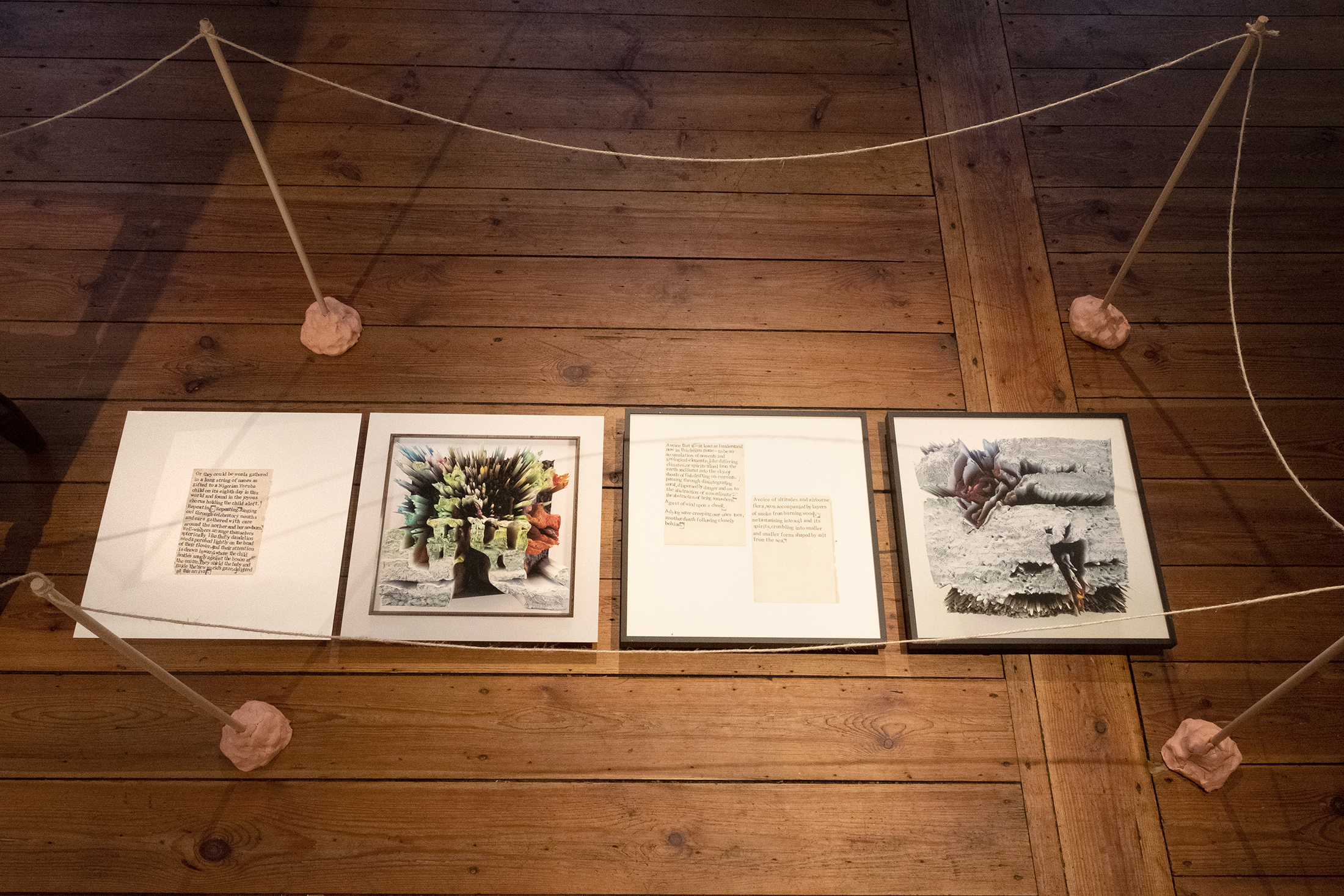